What’s REALLY in Your Vitamins? 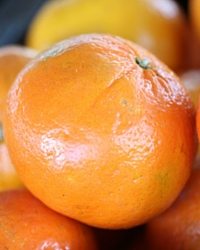 An estimated 150 million Americans take supplements, mostly in the form of a multivitamin. Supplements are even touted as a necessity by the American Medical Association.

Yet several long-term studies of supplementation with vitamins—from A to E and everything in- between—are inconclusive, or show no measurable health benefit.

Could there be a reason why multivitamins don’t work?

Nutritionist Judith DeCava sheds light on what may be the dark side of single vitamin isolates found in most supplements today. “Separating the group of compounds (in a vitamin complex) converts it from a physiological active micronutrient into a disabled, debilitated chemical of little or no value to living cells.”

Take Vitamin C for example. It’s been touted for its benefits to immunity, collagen production and more. And when you think of Vitamin C, it conjures up images of bright, juicy oranges.

Now take a look at the label on your (current) multivitamin. Does it say, ‘Vitamin C (ascorbic acid)’? As an isolate, ascorbic acid is only one part (the outer ring) of Vitamin C. The other seven are missing, and will only be found when using a whole-food source, such as Acerola or Blackberries.

And where does it come from? Ascorbic acid doesn’t come from oranges, or any other fruit for that matter. It’s made from fermented corn that is chemically changed by hydrogenated sugar and the use of acetone. If acetone sounds vaguely familiar—it’s because as a solvent—it’s the active ingredient in nail polish remover.

If your current supplement is filled with single isolates of vitamins, and if the source of many of those vitamins are fractionalized or sourced from animal and chemical derivatives, that multivitamin delivers little of the benefit of real food.

So what should you look for in a supplement?

According to the United States Department of Agriculture (USDA), foods that score high in an antioxidant analysis (called ORAC) may protect cells and their components from oxidative damage. Early findings, as those indicated in this report suggest that eating plenty of high-ORAC fruits and vegetables may help slow the processes associated with aging in both body and brain.

According to Guohua (Howard) Cao, a physician and chemist who developed the ORAC assay, “It may be that combinations of nutrients found in foods have greater protective benefits than each nutrient taken alone.”

Let’s see how that applies to our Vitamin C and oranges example from earlier. The RDA (recommended daily allowance) for Vitamin C is 60 mg, the amount often listed on multivitamin labels. That’s about the amount of Vitamin C you’ll find in an orange (60-75 mg).

Sourced from whole-foods, Vitamin C is an antioxidant, yet according to the USDA, the ORAC result for a small (3 ½ ounces) orange is (only) 750, and that’s all the nutrients combined in the entire orange.

Since less than 10% of us get 5-9 servings of fruit and veggies a day, a need for supplementation still exists. It just has to be the right kind of supplement.

Touchstone’s position is supported by science and common sense: It’s time to look beyond the multivitamin label, and look for whole-food nutrition that offers all the goodness of earth’s bounty. Nothing artificial added, nothing valuable taken out.

If you’re ready to switch from a multivitamin to antioxidants, look to Essentials with 28 different fruits, vegetables and herbs—all sourced from whole foods—including Acerola and Blackberries for a natural Vitamin C.

Harvested at the peak of ripeness, each natural ingredient is processed using breakthrough cold-processing, never heated above 106 degrees (nutrients die at 116 degrees).

Further proof of its nutritional potency is in its ORAC rating—an abundant 30,000 ORAC in every serving. That’s a lot of whole food goodness packed into three small capsules. And for non-veggie types, it’s a lot easier to swallow.

Everyone deserves the good inside.